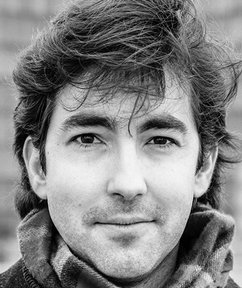 Daniel Figols-Cuevas is a catalan composer and sound artist born in Barcelona.

He also studied cello and Physics in Barcelona University before starting composition studies with Luis Naón in ESMuC (Barcelona), with Mathias Spahlinger in Freiburg (Germany) and with Stefano Gervasoni in Paris Conservatoire (CNSMDP, France). Simultaneously he studied orchestration with Denis Cohen and electronics with Yan Maresz at IRCAM, where he focused his effort and interest in real-time electronics, interactive music installations, computer assisted composition and automated orchestration techniques.

Since 2013 he also teaches at King’s College London.

Parallel to his pedagogic and compositional activities his interest yields towards live electronics performance and its research with his duo PlusTex for cello, flute and computer live electronics.

LISTEN TO MY MUSIC